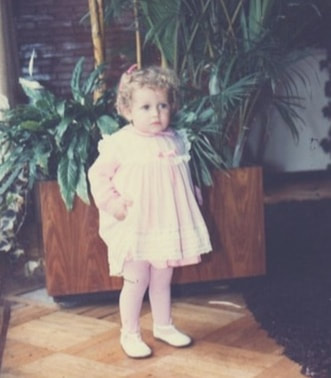 I used to think that the way my mind worked was back to front compared to other people. And yet I still managed to (somehow) do well in school and university, and in working life without ever really knowing how…

I’m not saying I was dysfunctional, I wasn’t. I was (and am) different though.

I heard things said in class in a different way.
I remembered different things than the other students.
I had a terrible memory yet I was able to pull things out of my mind when I pictured the scenario it was said in.
I didn’t see the point in a lot of what I saw as pointless ‘doing’ such as science experiments when it seemed that we were just going through the motions to get to the answer we all knew was coming.
I didn’t get why people would have to say the same thing over and over just in different ways and with different words. Why was there always so much talking and so many words?
I didn’t react emotionally in an appropriate way. I didn’t get sarcasm. And I was just generally quite often confused by people.
So I kind of went along life thinking that I had better just keep this all to myself.

No point in saying out loud what I had heard when everyone else heard something different in conversations.
No point in saying ‘Ok I’ve got it’ when I was supposed to listen to whatever was being said over and over in different ways.
No point in giving too many ideas for fear of looking crazy when all the ideas weren’t perfectly ordered or organised.
No point in describing to someone what something could look like since mostly they didn’t get the ‘picture’ of what I was saying.
No point in telling people why I would laugh to myself quietly at things said because I was picturing hundreds of different possible hilarious scenarios.
No point in showing everyone that inside my head, I was actually weird.

Instead I learned to hold my breath at school to stop myself from bursting out laughing at inappropriate moments.
I learned (or at least tried) to bite my tongue when I knew something being said was a lie or wasn’t true.
I learned to work slower when people would say I was making them look bad or accuse me of making them wrong for not doing enough. Surely I was accusing them of something when I was fast and being as intense as I naturally am?
I told myself I must be the messed up one and since everyone else looked like they had it all figured out… it was me making things up in my head.

Then one day a brilliant man showed me that he too thought this way. And not only him, but a lot of people in the world. He invited me to not only stop shutting that down, but to become more of it…to use it more, to develop that way of being, and that way of receiving information. He showed me how much of it was a capacity… and that was just the very beginning.

As I started to unlearn/stop believing everything I had decided was wrong about me, something amazing happened… I started to be more of me. I got happier. Things got easier (even if sometimes it made people uncomfortable) and the choices that I thought I never had now were available.

These are some of the questions you can ask yourself when the wrongness vibe kicks in!

What if everything you’ve decided is a wrongness is a strength yet to be uncovered..?